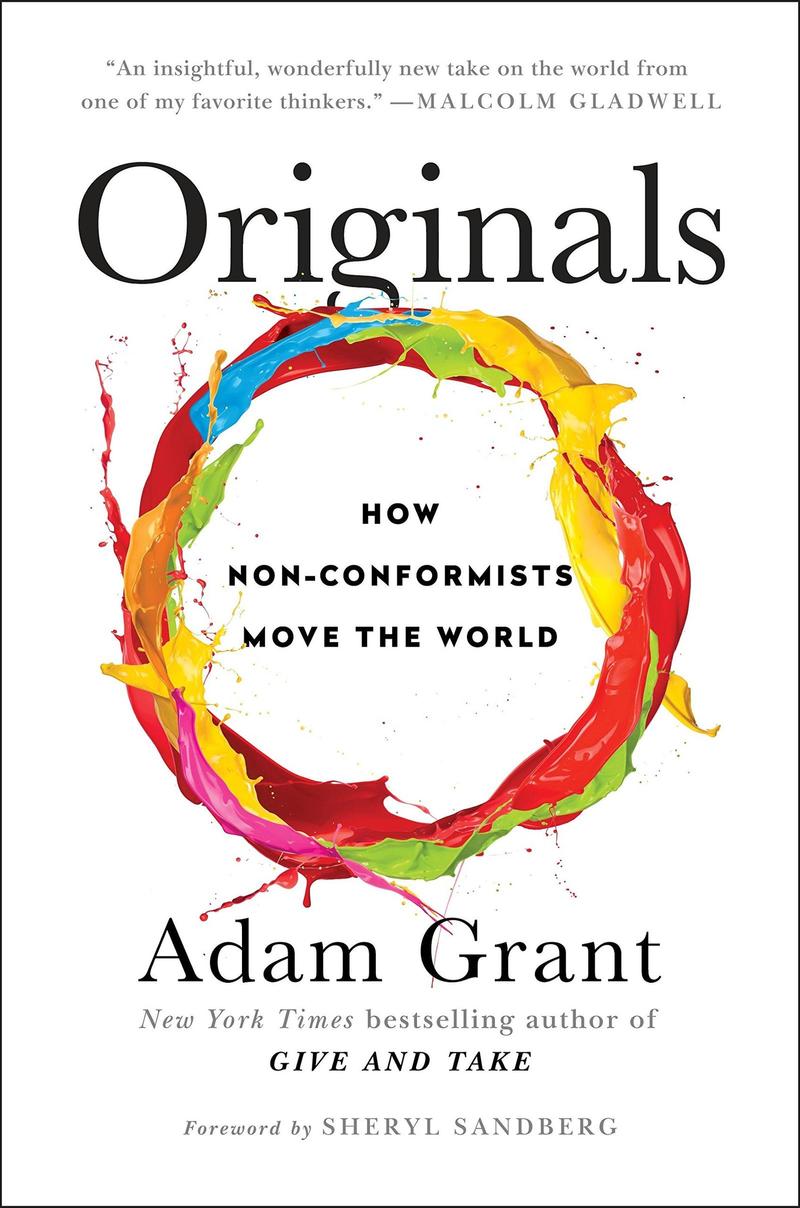 What's the key to being original, creative, and innovative?
May 10, 2022 by Jacqueline

Originals: How Non-Conformists Move the World by Adam Grant (2016, Viking) is a book about how to be original. Grant discusses the qualities of original people, generating and recognizing original ideas, communicating original ideas, the timing of getting an original idea into the world, nurturing originality from childhood on up, the issues of groupthink, making decisions, building coalitions, challenging the status quo, and so much more.

There's a lot to like about Originals—tons of good research, interviews, and case studies that illustrate each point; engaging writing; fascinating stories.

One downside: the book is focused on business, entrepreneurs, and inventors, perhaps because these are the most common ways to share an original vision with the world. I was hoping for a broader book. What about creative people who aren't looking to start businesses or change industries? Some of the later chapters included interesting examples of people leading resistance movements and fighting fear with humor, and how the women's suffrage movement how to temper their radical ideas to make them palatable. What about the artists, writers, and thinkers?

Here are some highlights from the book:

"To be original, you need to take radical risks."

Grant debunks that idea. Successful people, he says, have balanced risk portfolios in their daily lives. If they take risks in one area, they will play it safe in others. This is why many people we consider highly original—say, Einstein, TS Eliot, Henry Ford—kept "boring" day jobs and did their risky original stuff on the side. The security of a day job lets them be truly creative on the side, without the pressure of needing work just to pay the bills. They can wait to publish, share, launch, or sell until they are satisfied with their work.

Original people also tend to produce a lot, which gives them a better probability of producing something truly amazing. They often have creative hobbies, such as music, arts, crafts, writing, or dance, that can serve a source of creative insight. They question the defaults and don't take the status quo for granted.

"But in reality, the biggest barrier to originality is not idea generation—it's idea selection."

Most people are overconfident about their own abilities, the importance of their ideas, and their potential for success. I guffawed at this statistic Grant shared: "College professors: 94 percent rate themselves as doing above average work." Hah!

Judging your own ideas can be tricky. Grant says your intuition and gut feelings can actually be accurate—but only when you've trained your brain properly. If you have the relevant expertise, then let your brain do its thing. If not, then intuition is just as likely to lead you astray. Peer judgments about ideas can also be helpful if those peers have expertise in the field, too.

When sharing ideas, Grant says most people undercommunicate. They're too familiar with their ideas and have already bought in, so they underestimate the background knowledge and argumentation needed to get someone else to buy in.

I suspected birth order effects were a thing, but I was surprised by how much of a thing! Grant dives into the science and shares some fascinating tidbits:

But why? One explanation is that children pick their own niches and adopt different roles in the family. Older siblings are more likely to take on the role of being a responsible achiever, which sets the stage for younger children to rebel. Laterborns often feel the need to actively try to be different than their older siblings. I'd be curious how this plays out in very large families with more than a handful of kids!

Parenting also differs as you add more kids to the family. Parents often relax as they gain experience; they often have fewer rules, chores, and responsibilities for later kids. Laterborns tend to spend more time with their siblings, following their lead and taking risks earlier than a firstborn might.

How can you actively promote values you care about in your children, such as caring, helpfulness, or originality? Explain your reasoning, praise selectively, and give your kids role models.

When giving children rules, explain why the rules matter, ground them in right and wrong, and give children virtues to strive for. This helps them build up internal values to follow. Grant explains that teenagers whose parents who explained and reasoned rebelled less than teenagers whose had rules enforced by punishments and threats. And if that's not enough to convince you, research has also found that non-Jews who risked their lives in the Holocaust to save Jews were more likely to have parents who explained and reasoned rather than punished; bystanders, on the other hand, did not.

When it comes to praise, there are two types: action praise and character praise. Say you see a child do a good action, like sharing. You could acknowledge the action: "That was a helpful thing to do!" Or you can acknowledge the child's character: "I guess you're the kind of person who likes to help!" The latter reinforces a child's identity and character, and should be used selectively and wisely. I found this particularly interesting because of the parenting advice I've encountered in the motivation literature, which argues that you should always praise effort (akin to praising action), rather than giving them a "good job!"

Praising character prompts a child to ask, "What should a person like me do in a situation like this?", as opposed to merely thinking about consequences. It can help them develop an internal sense of what the right behaviors are.

Regarding role models and mentors, so long as kids have some, you're doing great. You can be a role model; other parents and friends cna be role models; fictional characters in books and movies can be a source of inspiration about creative and virtuous individuals.

The benefit of minority viewpoints

Here's a twist: Silicon Valley startups start off better and are more likely to survive and go public when they hire people who fit the company culture and values than people who have the right skillset. But these companies grow slower. Why? Because, Grant argues, they have a harder time recruiting and maintaining a diverse workforce.

Why does a diverse workforce matter? Because then you have minority viewpoints represented. Minority viewpoints are useful because they prompt divergent thought and attention, prompting companies to seek solutions where they otherwise might not.

Having a strong culture and a bunch of similar people working in the company is useful for predictable and reliable financial performance in stable industries. But in more volatile industries, including computer and aerospace, and in more dynamic markets, these insular companies have a harder time pivoting, recognizing what is a good change (and what's not), and learning and adapting to the dynamics of the market. When companies performed worse, they "favored the comfort of consensus over the discomfort of dissent." They solicited advice from people who felt the same way they did, instead of seeking out different people who would give them diverse advice, and perhaps help them get out of whatever rut they were stuck in.

Someone disrupting consensus makes everyone examine all the options more carefully. It can help counteract the overconfidence that strong consensus brings. More, better solutions are generated. Grant goes on to say that it doesn't help to simply assign someone to play devil's advocate—you actually need someone who sincerely believes in a different course of action. 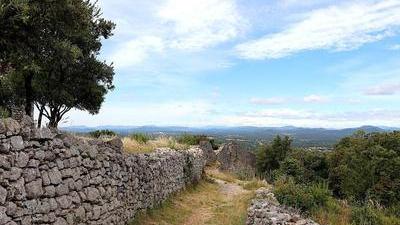 The Farmer's Lament, a Poem

Tolkien recognized the importance of lay poets and musicians. His characters sing and compose verse about the great deeds and events of their age. What about in our world? Here's one attempt, inspired by Tolkien's Durin's Song.
May 3, 2022 by Jacqueline
tags: homesteading living well poetry values writing

Each year I try to level up a few gardening skills—and this year we have to landscape along a new front fence and incorporate the chickens into our routine!
May 17, 2022 by Jacqueline
tags: homesteading garden life projects food home improvement
Tweet!