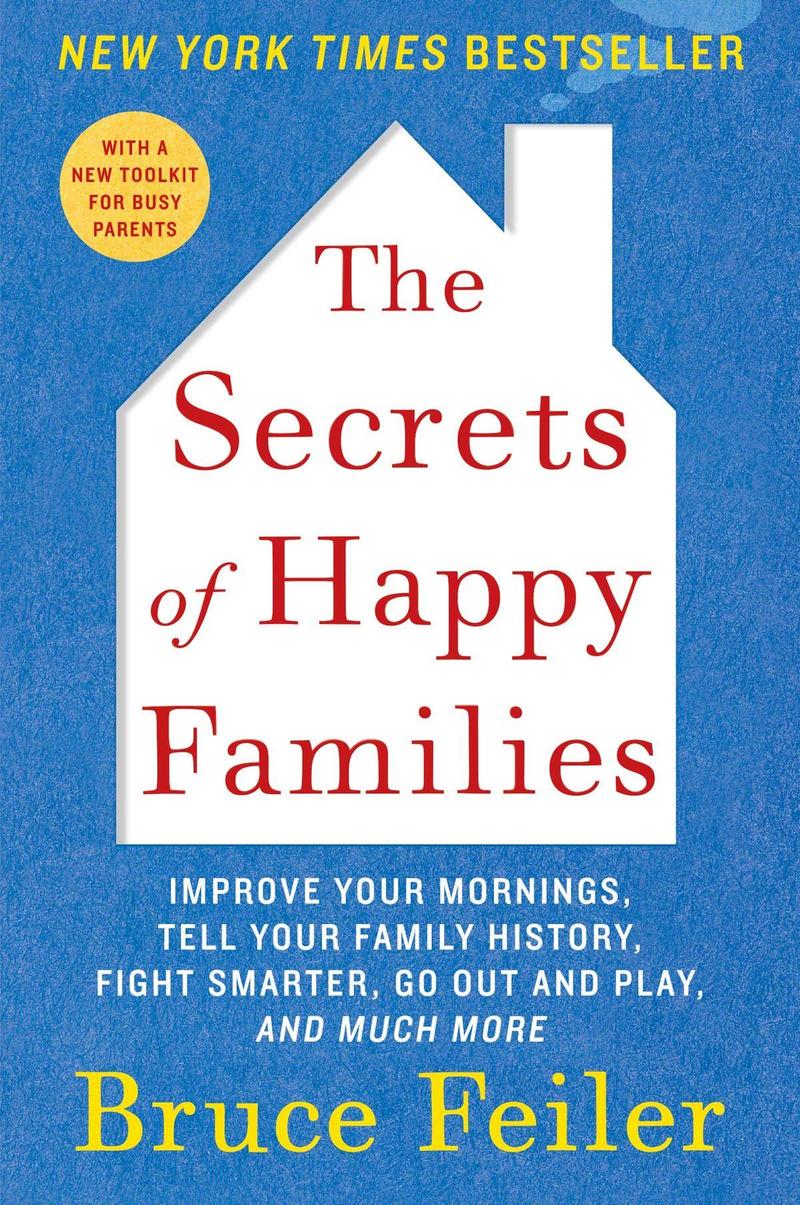 Book Review: The Secrets of Happy Families by Bruce Feiler

How can families interact better and be happier together?
December 21, 2021 by Jacqueline

"The last decade has seen a major reevaluation of the role of family in our lives. The big takeaway from all this research: We are not individuals forced to live against our will in groups. We are inherently social beings. Our lives are shaped by our ability to cooperate and coexist with those around us."

The Secrets of Happy Families is a book about ways families can interact better and be happier together. The premise is that we are accustomed to working on everything else, like our jobs and our marriages, but people don't often think about working on their families. That's where this book comes in. It's the result of research, interviews, and a lot of personal experimentation by author Bruce Feiler, all aimed at one goal: having a happier, healthier, flourishing family.

The book is filled with suggestions for what families can try to improve their interactions. As the subtitle says, "Improve your mornings, tell your family history, fight smarter, go out and play, and much more." Every chapter takes a stab at a different aspect of family life, such as family dinners, family vacations, and family history and values. There are sections about reunions, conflict resolution, spaces within a house, and allowances. In short, the book covers a lot.

The book's premise is fantastic. You do need to put effort into the things and people you care about—like your family. And many people don't realize that they can innovate and iterate on how their family interacts and lives.

For people unfamiliar with design thinking and iteration, the first chapter introduces a process for iteration based on agile software development. In general, the agile mindset is about adaptability and flexibility: that rules and routines can and should be changed when they stop working. Feiler suggests having weekly meetings that cover what has been going well, what needs work, and what you're all going to work on in the coming week.

However, I felt that many of the suggestions in the book felt like common sense—not new or innovative. For example, Feiler discusses the problem of family dinners. Modern life is often too hectic to squeeze in a nice dinner, what with long work hours, homework, sports practices, and so on. So, since there's research showing great positive outcomes of families eating together at home, why not try a family breakfast? Or a late family dessert? So long as the family is gathering over food and coming together at some point, it doesn't matter if it's dinner. I was not blown away.

This chapter also omitted an obvious solution, which would be to cut back on long work hours, switch to an education system that doesn't give kids homework, and consider whether organized sports or other evening activities are actually what you want to be doing. Sometimes they are, sometimes you're doing them because everyone else is—as Feiler states in a later chapter, organized team sports didn't really exist before the 1900s. They were introduced in large part as structured recreation to an increasingly urban, industrial population.

As another example, the chapter on vacations felt like it was aimed at people who don't know how to be bored. Feiler asked game designers how to keep his kids entertained on long car drives or during layovers at the airport, as if it was his job to prevent them from ever experiencing boredom. I'm not enamored of the mindset many parents have that they are responsible for entertaining their kids all the time. I spent plenty of long car drives as a kid staring out the window, reading books, and arguing with my sisters. I'm sure it built character.

Perhaps my feeling that many suggestions were common sense is more indicative of how my husband and I already try to discuss, try, and iterate on most aspects of life to find better ways of doing just about everything, than of the book falling short. After all, there are plenty of suggestions and interesting stories about different families and how they do things. The sheer number of ideas is one of the book's strengths. As Feiler states, some suggestions will appeal more to some families than others; different ideas appealed more to him than to his wife; so he included a bunch.

I enjoyed Feiler's discussion of the importance of family history and family traditions. It prompted me to start a conversation with my husband about family history and family identity. Between us, we've got ancestry covering a double handful of European countries. There's no one culture or ethnicity that dominates. Bits and pieces have been passed along—for instance, relatives on my mom's side make lefse (a traditional potato flatbread) around the winter holidays, in honor of our Norwegian roots. Some folks on Randy's side always buy Ford vehicles, because the family tree links them to Henry Ford's extended family.

We've resolved to find out more about our family history, mixed as it may be, and share stories of what we learn with our kids. As Feiler discussed, having a connection to one's family history gives people a sense of place and connection, an intergenerational self, a connection to something bigger than themselves, and is associated with resilience. He recommends talking about where your parents met, where your grandparents grew up, what happened when you were born, and other important stories that root us in family and give us an identity.

We are also paying more attention to having family traditions. Our goal, as mentioned with the Advent wreath link, is to add a couple new family traditions every year. They'll add up fast. And we want to make sure that some of these traditions incorporate our family heritage, such as making lefse.

Feiler noted that approximately 50% of our days are spent negotiating: about what to have for dinner, what to do on the weekend, who does which chores, how to resolve a conflict between children, closing a deal at work, and so much more. He explored different ways you can approach negotiation, such as stepping back from arguments, using timeouts to cool down, and using reframing and problem-solving questions to understand, find common ground, and hopefully, create solutions.

He recommends getting involved in children's conflicts, citing research showing that children under 8 are not generally not developmentally able to resolve disputes through negotiation and compromise. Model the behavior you want to see: help children calm down, make space for communication to be possible, invite curiosity so children begin thinking about how the other feels and why they did what they did, encourage apologies (since apologizing is, in part, about taking responsibility for how your actions affected others). This sets the stage for independent conflict resolution later. A good reminder no matter how good you are at managing young children's conflicts.

Feiler also talks about love languages, and suggests learning both your spouse's and your children's love language. The book The Five Love Languages is popular for good reason: it has helped millions of couples figure out how to better communicate with each other and better show love to each other. Are you words of affirmation, gifts, acts of service, quality time, or physical touch? What about your kids?

Finally, another chapter that I liked was the discussion of places and spaces. Feiler referenced Christopher Alexander, an influential architect and designer (whose books I'm looking forward to reading), who has said that every successful house has three types of spaces: spaces for individuals (each child, each parent), spaces for subgroups (just the kids, just the parents), and spaces for everyone.

I began thinking about how we have our house set up right now. We don't have many (any?) completely individual spaces. The office is a mostly adults space. The playroom/kids room is mostly their space. Everything else is everyone space. Should I try harder to carve out individual spaces? How much space, and at what age does that become more important? I'm all for incrementally adjusting how we use our space to better fit all of us. Something to think about.

Another recommendation from the section on space was to give people control over their own spaces—most controversially to Feiler, even children. A compliment to my parents: It seemed weird to me that letting children have a say in their spaces would be controversial; e.g., I remember picking what color to paint my room (a vibrant, glowy turquoise) and rearranging my own furniture. I'll have to ask the kids whether they want to rearrange anything in the playroom. Feiler told a story of how his girls decided they wanted more pillows, so, they got more pillows. Related to that, Feiler also suggested letting whoever uses a space most set the rules—for him, for instance, his wife sets the rules in the kitchen.

Overall, I'd recommend this book to anyone looking to work on their family life, especially if you'd like a good introduction to agile thinking and the iterative process of improvement. I didn't like all the suggestions, but I did like some—and Feiler did say up front that not everything would appeal to everyone. 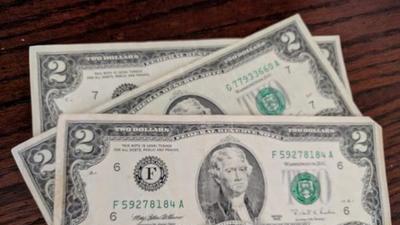 The future is uncertain, the economy isn't growing, and inflation is rising. It's time to invest in your family and local community, rather than putting money away.
December 14, 2021 by Randy
tags: living well community finances 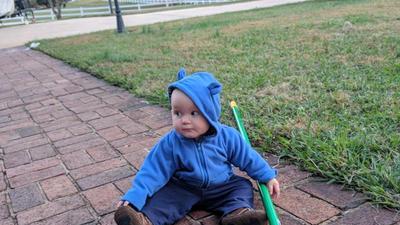 Cooperation without Coercion: How to Motivate Children (5 Things to Try)

What do you do when your strong-willed child won't cooperate? Children love cooperating... but they also love showing their independence. Here are 5 things to try.
December 28, 2021 by Jacqueline
tags: motivation parenting habits virtue children values
Tweet!