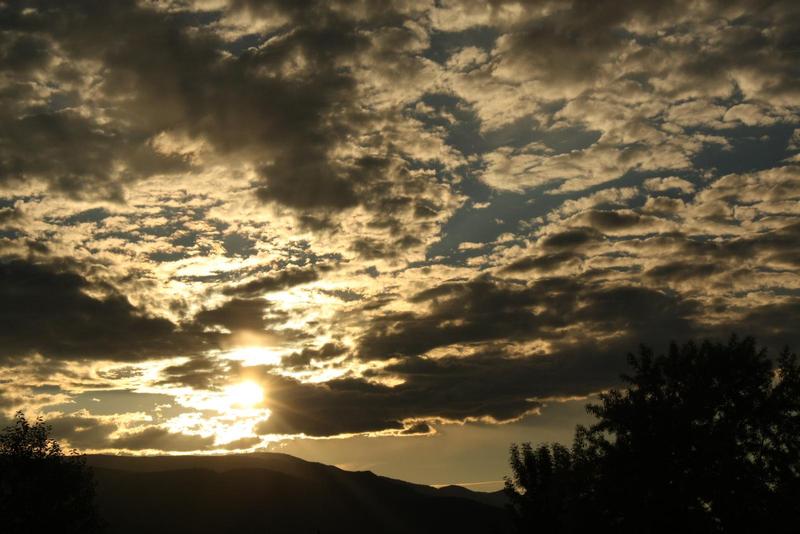 Freedom Through Constraints: Why Submitting to Rules and Tradition Helps Me Improve

I thought I had to understand rules before following them. I was wrong.
May 18, 2021 by Randy

There was a time when I thought I had to understand everything before accepting it or submitting to it. For example, there were some aspects of the Catholic Church’s moral laws that I wasn’t sure about, so I decided to both study them until I understood but also largely ignore them in the meantime.

Many people are very stubborn this way; rejecting anything that doesn’t make sense to them. It’s a good rule of thumb in many cases, but I was wrong to treat it as a rule—there are many circumstances where it’s preferable to value obedience, submission, and acceptance over understanding. If you want to learn from someone more knowledgeable than you, for example, sometimes you have to follow a process that doesn’t initially make sense.

The moral life is perhaps the preeminent example of where this tension comes into play. Religions have rules, many of which are difficult to accept and even harder to actually live by. Fasting, sexual ethics, and charity are examples.

I used to have the attitude of only following the rules that made sense to me. Understanding the full reasoning behind all of the rules is a laudable goal, but it may also be unreachable. I could study for the next 20 years and still not have a perfect understanding of all these rules. In the meantime do I accept or reject them? How do I live my life today? It seems I’m only going to understand how to live my life in retrospect after I’ve lived most of it already.

At some point I grew tired of the constant tension and decided that I was being unrealistic about my own capabilities. I developed some humility—I don’t have the knowledge or wisdom to perfectly understand this, and to the extent that I do, that understanding is not going to come quickly. I’m not the smartest or wisest man who ever lived and I need to make decisions promptly about things that are beyond my ken. So where does a man look?

Why, this is what heroes, traditions, and role models are for! We have deep generational knowledge, painfully acquired by our ancestors, encoded in our stories, histories, and culture. Human progress is not at all about technology, but rather about how successful we are at passing on accumulated knowledge and wisdom from one generation to the next. This means there is immense value in traditions—more than most of us realize. Time breaks all fragile things. What remains—our traditions and stories—are antifragile.

There are countless examples of seemingly primitive villages farming with very particular methods that look inefficient to us, and even the natives can’t explain why they do it that way. It’s just their tradition. And yet when we push them to try a more modern and efficient method, it’s a disaster. Some small change has a cascading effect that destroys the whole ecosystem. Somehow these peoples’ ancestors knew this (perhaps without understanding it fully themselves) and passed it on as tradition.

So to solve questions of moral laws, I looked at the great saints and the histories of faithful Christians. Many of them showed extreme virtue, choosing death rather than committing a crime or abandoning their faith. I found wisdom, virtue, and practical role models that I could apply to my life. Saints Francis and Thomas Aquinas, for example, are known for giving up lives as rich and powerful men in order to serve God and pursue a holy life. Clearly there was something there that they treasured more than all the world had to offer.

I also looked around at people in the world today. Who was truly happy? Who was miserable? It was clear to me even then that the more “worldly” people are the most miserable. They chase every kind of pleasure without limit, and it destroys them. Then there are people who are detached from the world; they follow rules and strict disciplines. They are much happier! Catholics, especially traditionally-minded ones, seemed to be the happiest. They have a purpose to their lives that most people lack. They are generally successful—not in terms of money, but in terms of living life.

It’s an odd paradox that those who submit to rules and structure for their lives are freer and happier than those that chase whatever “makes them happy.” I spent a lot of time thinking about this.

Ultimately, I decided that I wanted to be like the great saints and traditionally minded Catholics that I knew. How does a person make that happen? Well, you do what they do. Even (and perhaps especially) when it doesn’t make sense. I decided to submit to the rules that I didn’t understand and adopt them as a code for my own life. Not just checking the box of “I will do this” and “I won’t do that”, but as “I’m the kind of man who does this” and “I’m not the kind of man who does that.” I trusted that there was some greater wisdom to which I wasn’t privy.

And this shouldn’t be terribly strange. If a boy wants to learn karate and his master instructs him to wax a car: “Wax on, right hand. Wax off, left hand.” Again and again. The chore clearly seems ridiculous to the boy. This isn’t karate! Yet if he accepts and submits to the rule of life, to that particular way of doing things, then he may really get somewhere. There will come a point where it all comes together and he sees the necessity of the exercises he was suffering through.

This is true in many cases where you want to learn from someone more knowledgeable or wiser than you. Of course the things you have to do don’t make sense to you—you’re not the expert.

The primary challenge for many things in life then is not to understand everything, but to identify an authority, expert, role model, or code to which we can submit. We have to be careful to find the right code to follow because there are false teachers and destructive paths, but once we have found one that’s trustworthy we should submit to it and let it reshape us. Whether it’s a set of moral laws, a code of honor, a fitness coach, or a good doctor.

For me, submitting to the moral code of traditional Catholicism did indeed change me—and for the better! I’m a much wiser and more virtuous man than I used to be (and of course, I still have a long way to go). The rules that used to confuse me are now trivially simple to understand—such as the teaching on birth control. When I was a teenager, I struggled to get in and out of bed at reasonable hours, but now I've made rising early a habit. That’s what this kind of growth feels like.

Stop thinking that you have to understand everything—there isn’t time, and some things can only be learned by doing them. Look to role models, heroes, and tradition. Find the difficult thing that pulls you in, asks for sacrifice, and calls you to be better. And then adopt it. Submit yourself to a time-tested process that you have seen produce good results. It will be difficult, but it can make you better than you are today. 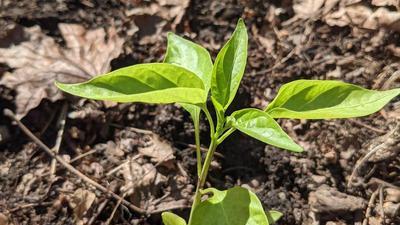 Starting tomatoes, planting herbs, and preparing for a season of fresh vegetables! But how do we deal with the neighbor's new bunnies?
May 11, 2021 by Jacqueline
tags: homesteading food children garden life projects 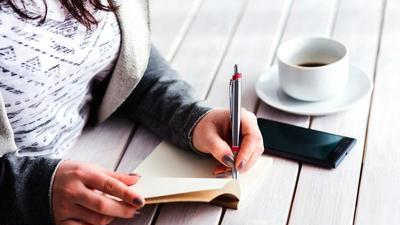 My Experience Writing Morning Pages As a Parent With Young Children

Julia Cameron initiated Morning Pages as a creative practice. In theory, it's easy to squeeze into your morning and leads to profound changes. In practice? Read on.
May 25, 2021 by Jacqueline
tags: children writing habits practice
Tweet!