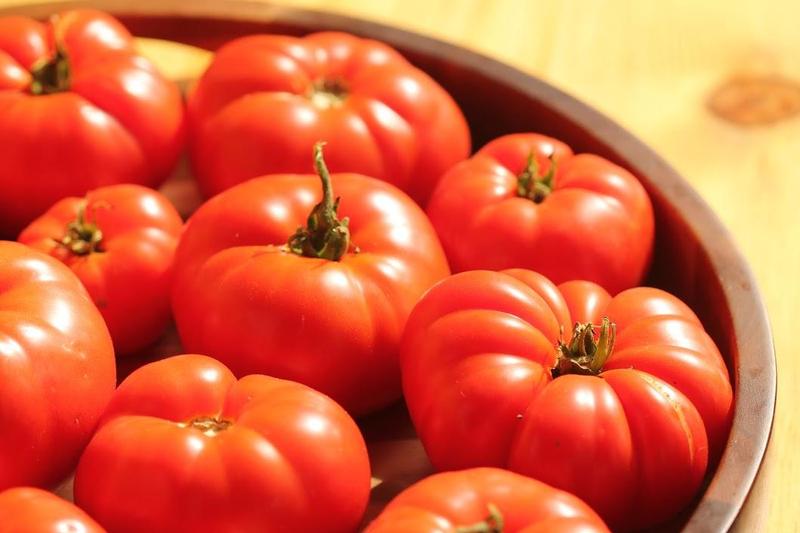 Gardening, Year 1: How I Planned, Planted, and Harvested a 200-square-foot Garden and What I Learned

Square foot gardening, way more tomatoes than I expected, and so many delicious salads
March 16, 2021 by Jacqueline

My first year of real gardening was 2019, which was also the first full year we spent in our house in North Idaho.

When I was a kid, my mom sometimes planted a garden. I have fond memories of collecting lettuce for dinner salads and eating copious handfuls of sun-warmed cherry tomatoes off the plant. Garden-grown tomatoes are a far cry beyond any store-bought variety—so much more flavor! Tomatoes were easily the plant I was most excited about growing.

I had kept a few herbs on the windowsill in our apartment in Boston. There were exactly two small window sills that received any southern light, limiting how much I could grow. I tried, and failed, to grow vegetables (including tomatoes) in containers on the porch—just not enough sun! And, while the windowsill basil grew decently and provided a nice fresh touch to our pizzas and pastas, what I really wanted were tomatoes. So, when we bought a house in Idaho with a yard, I planned a garden.

I may have over-planned. I had spreadsheets. I mapped the garden—once we built raised garden beds (our first home improvement project!), we had 178 square feet, not including a variety of big plastic containers. Adding those in, we had about 200 square feet of garden.

I followed, approximately, the square foot gardening approach to filling up the garden beds. For those unfamiliar, square foot gardening divides up the garden bed into square feet, and plants everything in those squares based on how much space the plant needs. For example, carrots are a dense 16/sqft. Beets are 9/sqft. Basil is 4/sqft. Parsley is 2/sqft. Kale is 1/sqft. Tomatoes are usually 1 per 4sqft, but it depends on how you support them (stakes, cages, etc). And so on.

I made lists of what plants I wanted with information about the number of plants we ought to have per person, plants per square foot, number of plants to start, number of square feet they would take up in the garden, when to start the seeds (e.g., 8-10 weeks before moving outside), number of seeds actually started, amount of sun required, good companion plants, zones for possible perennials (e.g., some herbs), germination time. Then, for every seed planted, I tracked when it was planted and expected sprout times, so I would have an idea of whether a seed was a dud.

(As I will discuss in a later post, I was not nearly as organized in our second year.)

This was probably over planning because some of the information was unnecessary (like hours of sun—all the seed packets noted that full sun is 6+ hours and we get about 16 hours of daylight all summer). Plus, the amount of plants per person to be able to feed everyone off of the vegetables produced was also approximate, based on suggestions from several different sources. We also tend to eat a lot more vegetables than the average American family.

Finally, the exact number of each plant that sprouted, grew into a proper little seedling, and was moved out to the garden did not match exactly with what we had planned for how many plants per person and so forth. So the garden map turned out to be approximate, too. We had slightly different numbers of each plant than was planned.

Besides these seeds started indoors, we also planted carrots, lettuce, kale, potatoes, cabbage, and beets. I also received two containers with chives still growing in them from my grandmother.

We also had other food-bearing plants in our yard. My son's favorite: raspberries! We didn't know they were there when we bought the house; we found them in a corner by our lilacs. These produced very well. We didn't bother making jam; we simply ate everything that came off the bush—by the handful, with yogurt for breakfast, on top of vanilla ice cream for dessert.

A large and highly productive rhubarb plant was in the back near the raspberries. This was especially exciting, as I love strawberry rhubarb pie. We made a variety of rhubarb jams, including blueberry rhubarb and orange rhubarb. We also made lots of pie all summer.

We planted two blueberry bushes. They produced a few handfuls of blueberries, which was more than we expected, given how small the bushes started.

And we had plums!

My dad kept fruit trees when I was a kid. I probably ate more apricots and plums while perching up in the branches than I have any time since. Discovering that we had not one, but two plum trees in our new yard was a pleasant surprise!

Unfortunately, the larger tree produced only small, worm-infested fruit. The other tree, a green gage plum poking up between our backyard lilacs, also had small fruit, but enough to eat our fill, make plum crisp, and experiment with a batch or two of plum jam.

The garden was a fantastic activity for my oldest son, who at the time was two and a half. He helped put dirt into the seed trays with a spoon, helped dig holes in the garden beds when it was time to transplant the seedlings, helped pull weeds (with direction), loved watering the plants with the hose, and of course, happily snacked on tomatoes and helped with the harvest.

Randy used the leftover pieces of wood from building our garden beds to make a little garden box for our son. Elian decided to plant marigolds in it.

Our second year of gardening was an even better year of activity for him, because he was old enough to understand what we were doing, remembered a lot of what we had done before, and had the dexterity to help with a lot more of the gardening. More on that in my next post.

I decided up front that I would consider our garden a success if I got fresh tomatoes out of it. Anything beyond that was a bonus! Going in, I had no idea how many tomatoes to expect from each plant, which was why I planted so many—to be on the safe side and ensure I got enough for some salads, soups, etc.

The tomatoes outgrew both their cages and the PVC-netting-contraption over the garden. The weight of the fruit tipped some of the plants over. We needed a different method of supporting them—that would be one of next year's projects!

We ate fresh tomatoes on salads and sandwiches, made fresh tomato basil soup and tomato sauces, and forayed into the realm of canning for our tomato jam and roasted tomatoes.

We enjoyed fresh tomatoes all through November—not because our plants were still producing, but because we kept all the green ones in boxes until they ripened.

In fact, we were surprised by an early frost the last week of September. I frantically googled which plants could survive a frost (e.g., kale) and which we needed to harvest that day (e.g., the rest of the tomatoes). Randy and I took turns pulling vegetables out of the garden all afternoon. We weren't done by the time the sun went down, so Randy got the fun job of picking tomatoes in the dark sleety snow.

Entertaining in retrospect, but not an experience we'd like to repeat, Next time, planning ahead would be good. And paying attention to the weather.

The rest of our harvest

All our herbs grew well—enough for fresh teas, cooking, and salads as well as plenty to dry for winter use. I used several different methods for drying herbs, including hanging bunches inside, laying them on a cookie sheet on the dashboard of our truck on hot days, and microwaving them. Maybe someday I will get a proper dehydrator. I also froze some of the herbs.

Our zucchini produced well, too. Our son enjoyed checking under the big leaves to find hidden squash. I made zucchini salads, breads, and muffins, and froze some for later use, too.

I learned that peppers are slow to grow and ripen. I had started seeds in March, but most of the peppers weren't fully grown or ripe by the time we had to harvest them. I planned on starting them even earlier the following year in hopes of getting more ripe ones before the first frost.

The most disappointing was the cucumber—they were delicious, but only a few of the plants grew well or produced anything at all. We had had grand plans for pickling extra cucumbers. I resolved to plant even more of them the following year to ensure we would have enough to pickle.

Also disappointing was the whole garden bed that was in the shade of the crabapple tree by a fence. The carrots, beets, and peas did not grow very well, only producing a few small vegetables, though the lettuce, kale and sage beside them were fine. Powdery mildew got the sugar snap peas. We decided that we ought to trim back the crabapple tree's branches a little and take some of the plastic slats out of the chain link fence to allow more sun to reach the garden bed.

That garden bed was also home to the green beans. We lost most of them to slugs, and regularly found slugs chomping on other leaves throughout the garden—indicative of a large thriving population that unfortunately has been difficult to reduce. But we did not do much for pest control in the first year, and planned to improve our gardens defenses the next time around.

We did get a lot of good leafy greens otherwise, though.

The most fun was the potatoes. Digging into the dirt and finding the tubers was very fun, especially for the kids.

Preparing for the next year

After the harvest, in October, we spread mulched leaves over most of the beds. I left the kale, cabbage, and various perennial herbs alone. I'd heard that kale was fairly hearty and often would grow long into the winter in our area. Worth a try! In fact, both the kale and cabbage survived until spring, then went to seed, with lovely little yellow flowers.

All winter, and into the spring, we enjoyed peppermint tea, and jars of jam and roasted tomatoes. Then, in February, I got out the seeds... I was ready for year two! 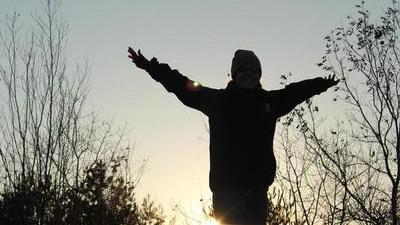 Don't wait for success to happen to you. Make your own good luck—put in the elbow grease to make success more likely!
March 9, 2021 by Randy
tags: mindset work success 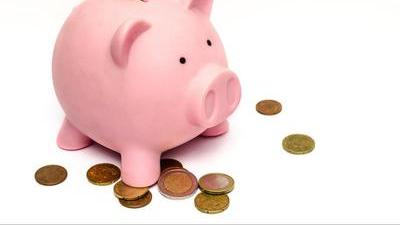 Five Ways to Invest Wealth and Keep Value During Uncertainty

The economy will crash eventually. To keep my wealth, should I trust the dollar, the stock market, commodities, real estate, or local businesses?
March 23, 2021 by Randy
tags: finances economy
Tweet!