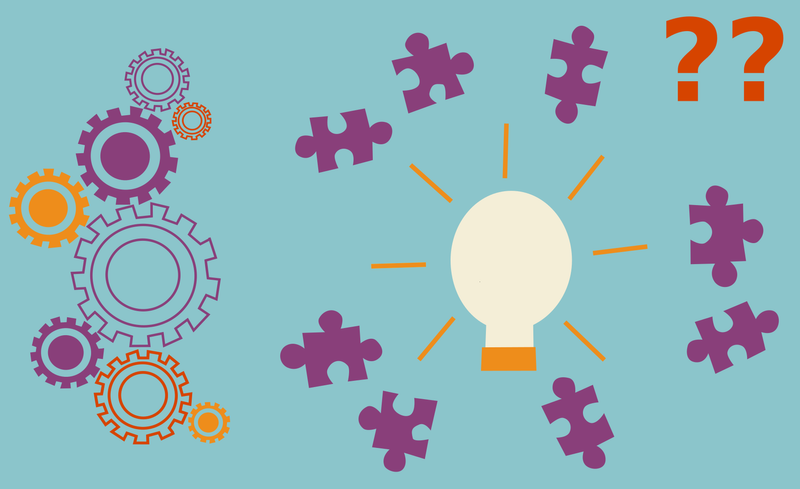 How I Prepared For My First TEDx Talk

Choosing a topic, talk structure, and how I practiced
October 8, 2020 by Jacqueline

This is the second post in a 5-part series about my TEDx experience. I also wrote about walking on stage, what I wore, the pervasive schooling mindset, and going to college as a homeschooled student.

Regional TEDx talks mirror their older brother TED. You're given 12–18 minutes to share your story. Your talk has to be memorized—no notes. Slides are optional (and if you have them, use pictures and minimal words).

I had several talk ideas. All involved kids and learning. In late October, I met with Eric, one of the organizers of Couer d'Alene's event, to discuss them all. Did I want to talk about social robots and the ethical problems of new technology? Did I want to focus on self-directed education, or children's rights as pertains to education? Eric told me most people only had one good idea, not five. Any of mine would be great.

I went home with the instructions "think about your ideas, pick whichever story you feel you most want to tell." Pick the topic you're feeling most passionate about right now. TEDx wants nothing if not passion.

I thought it over. I'd written a lot about social robots in the last year. Maybe it'd be more fun to draft a new story. More of a challenge... Post-PhD, I was settling into new rhythms in a new place with swiftly growing young kids. Education and learning were on my mind. Whenever my husband and I talked about problems in society, so many felt like they came down to education.

I picked self-directed education as my main focus and brainstormed content.

I watched existing TED talks on education. I read the transcripts. I researched how to structure talks and speeches—such as the power of three's (i.e., three main points, three supporting examples, etc), and Nancy Duarte's TED talk on the secret structure of great talks.

I dictated stories that felt relevant to a google doc on my phone, and edited them later. I spent time at my computer jotting down ideas and reorganizing my stories: My experiences with education and homeschooling. Why I think self-directed education is a good idea. Facts about children's development and learning. Brainstorming was the process of collecting the puzzle pieces that would eventually be assembled into my talk.

After thinking about my message and stories, I attempted to follow Nancy Duarte's advice on structure: Set up the big problem, the status quo. Show what could be; the utopia you're selling. Drop back down to what is. Contrast with what could be. What is, what could be. Slowly bring the audience along so that by the time you say, “What if...” and explain the new normal you want to bring about, they're on board and can see why it's a huge improvement to the status quo.

I memorized my talk in chunks. I started at the beginning, read it, and re-read it, until I thought I might be able to say a paragraph without reading. I tried. I failed. I looked at my script whenever I got stuck, finished reading the paragraph, then went back and tried to recite that paragraph again without looking.

Because my family was home sick for the two weeks prior to the event, I didn't have a lot of quiet time to rehearse. Instead, I mumbled under my breath while watching the kids play or after they fell asleep. I paced in the hallway with my sniffly 9-month-old, putting her to sleep to the tune of half-voiced sentences and wild gestures.

Six days out, I lost my voice. My tea kettle spewed steam all week as I brewed and drank six cups a day all week. There were a couple transitions I kept forgetting, usually when I broke out coughing, so I ran through those sections extra times. I tried to practice the whole talk at least twice a day for the week prior to the event.

I spent most of my rehearsing time memorizing my script, pauses, and vocal pacing. I paid less attention to how I was standing or gesturing, aside from trying to ensure I wasn't flailing around too much.

Evidently, all my rehearsing was sufficient! At the dress rehearsal, despite losing my place a couple times during bouts of coughing, I was pretty happy with how the talk turned out. I was told I had a good stage presence… so I suppose my pauses, gestures, and movement were okay!

I looked over my notes once the morning of, then set them aside. My talk opened the event. I was glad about that! I'm a morning person. 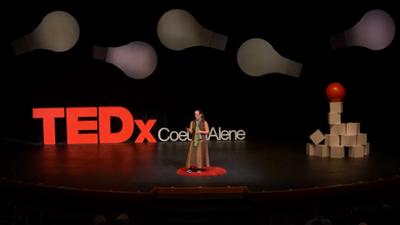 Kids Can't Be Taught, But They Love to Learn

I gave my first TEDx talk this year. It was the first time I'd been on a stage in quite some time. I'd spent hours memorizing my talk... would it go well?
October 7, 2020 by Jacqueline
tags: education learning tedx speaking children 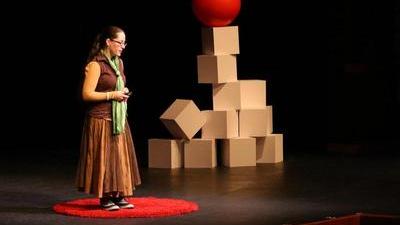 When giving a TEDx talk, I was stuck by how inundated one organizer was in the coercive schooling system. Here are some examples—and how we can change minds about learning.
October 9, 2020 by Jacqueline
tags: mindset learning tedx speaking children education
Tweet!