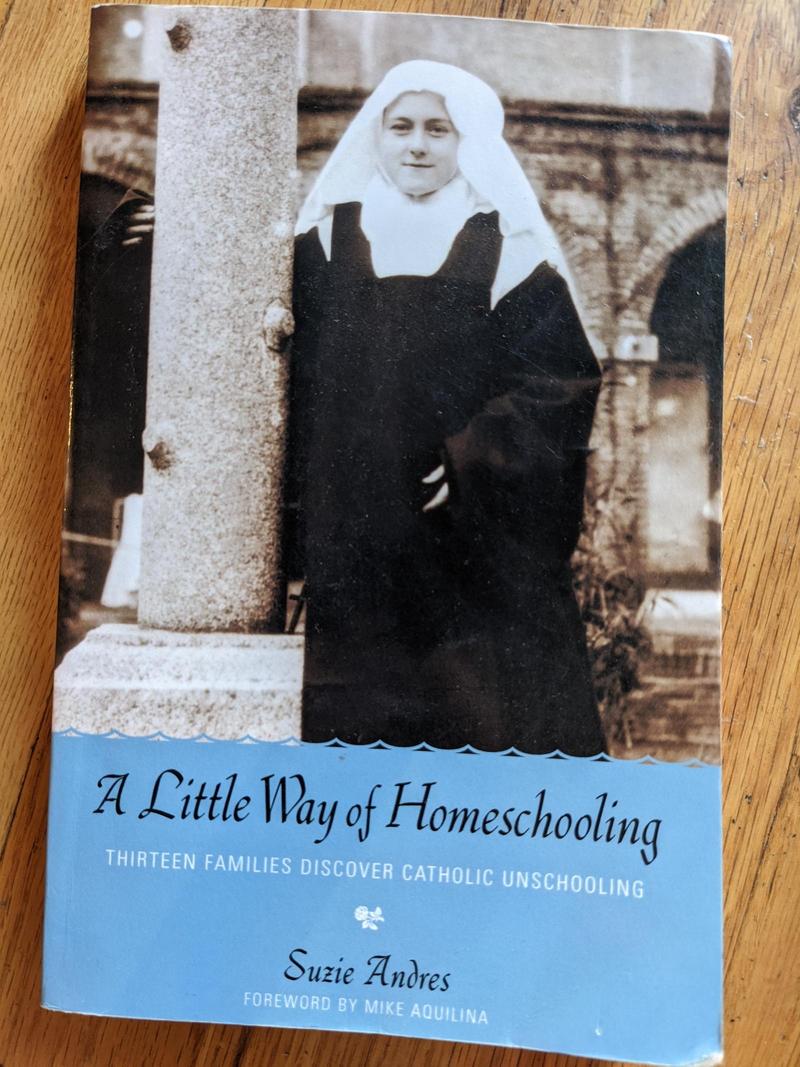 Inspiring essays with an emphasis on natural learning, relationships, family, and faith
August 9, 2022 by Jacqueline

"... our homeschooling is still a choice. It helps me to keep making that choice, and to consider other options when they arise. I want to know and remind myself that my family has chosen unschooling because it is a path of freedom. When I stop feeling free, which happens, I can reconsider and make sure it is still a path of freedom."

I read Suzie Andres' first book, Homeschooling with Gentleness, a year ago. (Read my review!) One of my questions after reading it was how her advice would apply to other families—especially those with more children and younger children.

Fortunately, Suzie Andres wrote a second book: A Little Way of Homeschooling: 13 Families Discover Catholic Unschooling. The meat of this book is essays from twelve other women about their homeschooling/unschooling journeys—exactly what I'd been curious about! So when another mom brought the book to our June curriculum swap, I nabbed it.

The book was a quick read—a couple days—and a good addition to my summer meditation on homeschooling philosophies. (Read my reflection on the 2021-2022 year!)

Andres begins the book with her favorite inspirational saint, Saint Térèse. She discusses why St. Térèse fits unschooling so well, and how unschooling is a perfectly reasonable educational path for Catholics, since, she says, it's God's will that we educate our children and work on their intellectual, spiritual, and moral formation.

The message here: replace fear with trust. Educating our children will not be one-size-fits-all because people and families are all so different. Unschooling is one valid option among many. Trust, don't fear.

She loves how unschooling has played out for her family; she answers common questions and explains that this educational path is about facilitating children's learning—because they naturally, constantly, want to learn. She writes about her son, when left to pursue his own questions:

"It turns out that he wants to know what people have always wanted to know: how to communicate, verbally and in written form; how to understand other people's communications, especially the written ones; what numbers do and how they work; and on and on."

Children want to learn. Our job is to help them learn. Trust, don't fear.

(Read my related book review of Teaching from Rest: A Homeschooler's Guide to Unshakeable Peace by Sarah Mackenzie.)

Stories from other unschoolers

The essays in the book were written by twelve homeschooling/unschooling mothers, coming from a range of backgrounds, ages and numbers of children, and educational philosophies. This was the meaty part—there was lots of dig into.

Many of the mothers shared how their own personal experiences of the education system and school environments failed them or their children, for instance, reinforcing the idea that one ought to work for grades and spend most of one's time waiting around, bored.

As one mother, Cindy, wrote:

"My son started his school career in an award-winning, state of the art kindergarten … I volunteered in the classroom and saw the children spending an inordinate amount of time getting herded into lines and earning stickers for being quiet."

This, she knew, was not the way.

I was reminded of my own experience in kindergarten classrooms, as an adult, towing along a fluffy robot from MIT. One girl confided to me that she did not want to go to first grade, because then she would get only one outside (one recess), instead of two. Another boy told me how much he disliked school, already—and he was only five, and in the part of school with the most play. It's a sad state of affairs.

"As a student I learned to perform, rather than be concerned with knowledge or virtue. I could conform, mimic, imitate, and do what I was told, but I wasn't inspired."

All the mothers in this book professed a strong interest in inspiring their children, in instilling an appreciation of truth, goodness, and beauty. They emphasized conversation as ways of judging learning (a very Charlotte Mason approach), and for gauging where children are at, and what they need to achieve their goals. They prioritized their faith and their family relationships. As Sabine wrote,

"If my children find themselves on solid footing in regard to these, I'm sure the rest will fall into place."

"I see that learning depends upon our relationships, the relationships we have with ideas and with each other."

"[F]undamentally all there is grounded on attachment. A loving relationship with parents is the root system upon which any further character and intellectual efforts are built."

I enjoyed hearing about these mothers' struggles, too. Several expressed conflict between their desire to trust their children to learn naturally, and the demands of society to send children off to the "experts" for education. Others wondered whether their children were learning enough discipline and perseverance, even though they had plenty of firsthand evidence that their children had both. Besides, even the mothers who didn't require children to do schoolwork did require plenty of other chores and activities through which a child might learn discipline. As Susan wrote,

"[I]ntegrating every type of experience, the painful as well as the pleasant, the difficult as well as the easy, is part of our education. Lessons in character and virtue, humility and human nature, frequently come from these very situations which I had originally considered interruptions to our learning."

(Related: How to Build Self-Discipline: Why Awareness and Intrinsic Motivation are Key)

On the whole, these mothers have discovered a truth about learning: that people, children and adults alike, learn best when they choose what to learn, when they are intrinsically motivated, and when they have some control or autonomy in the process. As another mother wrote,

"For a long time I was attracted to unschooling … I was afraid it could lead to laziness or complacency … Actually, my sons and daughter have shown me that children and young adults will embark on challenging learning projects without outside requirements, and that they can meet outside requirements when it is important for them to do so."

(Related: Cooperation Without Coercion: How to Motivate Children)

An agenda of gentleness

Two gems reside at the end of the book. First, Andres discusses her agenda: to homeschool with gentleness. She reveals that she didn't used to like talking about homeschooling with other mothers because of the inevitable judging and comparisons that were made. Often, self-made. Homeschooling mothers have a tendency to covet all the wonderful things other people are doing and feel that their own efforts are inadequate, since they're not also doing those things.

Just remember: You're doing different things. That's the beauty of it. Plenty of valid educational paths out there! Not everyone is Instagram Craft Mom.

(Related: How to Consciously Be A Role Model in Creativity, Curiosity, and Crafting for Children.)

The second gem is an essay by Andres' husband, Anthony, explain from a philosophical perspective why unschooling is perfectly compatible with being Catholic. Plenty of references to Aristotle and Aquinas here! He writes,

"The essence of unschooling is not the staying away from school buildings, but making education hinge on the desire for knowledge, rather than on rewards and punishments."

He explains Aristotle's belief that "all men by nature desire to know", and how everyone desires knowledge—we're all curious!—and how knowledge is good in itself. He discusses Aquinas's writings on the teacher, and how students are the chief active cause of learning; the teacher merely helps the process along.

This book will appeal to any homeschooling or unschooling parent who wants to learn about others' journeys, but especially Christian (and especially Catholic) homeschoolers. The essays are full of inspiration and wisdom. I enjoyed peering through the window into these mothers' homes and lives.

If you're on the fence about unschooling (or even homeschooling!), read A Little Way of Homeschooling. You'll see the success stories and the ways in which these mothers have mixed unschooling philosophies with other homeschooling methods, such as classical and Charlotte Mason. And, as Leonie noted in her essay, not everyone will understand how success happens:

"Someone once said to me that he thought my kids were clever and intelligent, but he couldn't figure out how since we did so little school work." 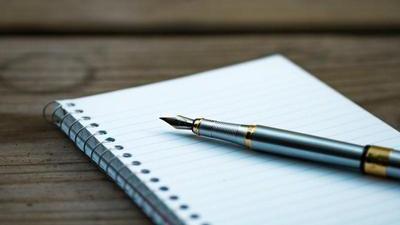 I've finished the first draft of my book on thriving in grad school while staying healthy and happy! Read about my writing process and the next steps: Feedback, reviews, and revisions.
August 2, 2022 by Jacqueline
tags: books grad school writing work education college 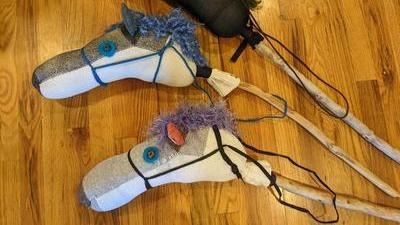 Tutorial: How to Make a Hobby Horse from a Sock and Scrap Fabric in 7 Steps