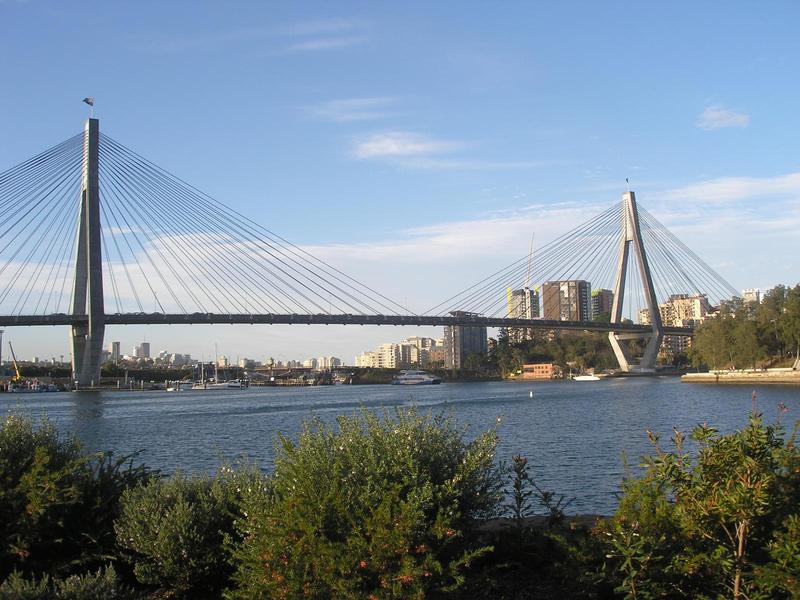 Studying abroad was one big adventure in being out of my comfort zone
August 31, 2021 by Jacqueline

This is the fifth post in a 5-part series about my study abroad experience in college. I went to Sydney, Australia for a semester in 2009. I also wrote about why I decided to go abroad, solitude and reflection in learning, how I started my first blog, and staying present in modern phone culture.

Every Tuesday morning, I poured orange juice into a plastic cup and picked up a sugary pastry. (Sometimes I picked up a doughnut, or a slice of blueberry pound cake.) I stood awkwardly on the grass by a folding table set up in the shade of the Wentworth and biochemistry building—less awkwardly as the weeks went by—and attempted to chat with the other students of Sydney Uni who showed up. This was the Unimates' weekly Coffee and Cakes event, one of many events planned by the club to foster fun and friendship.

When I first arrived in Australia for my semester abroad, I knew the way to make friends was to show up. Doing activities together is, after all, one of the main ways adults make friends. The Unimates club was one of the campus clubs I found: uni- as in university, -mates as in the Australian word for friends. The club's membership tended toward the international, since international students were less likely to have existing friends or family in the area, and the events usually involved socializing while exploring the Sydney area.

The Unimates were exactly the sort of club I'd hoped to find during my semester at Sydney Uni. Attending their events helped me step out of my comfort zone, explore, learn, and grow.

Out of my comfort zone

The most important aspect of studying abroad was that the experience was out of my comfort zone. As I wrote in the first post of this series, I knew what to expect of life on campus—it was familiar. While I didn't know the exact experiences I might have—the details of particular classes, fencing tournaments, social events, and so forth—I could predict the shape of those experiences. Going abroad opened the door to unpredictability, adventure, and growth.

I recently listened to an EconTalk episode in which Russ Roberts' guest, Michael Easter, explained his theory that in modernity, we are all too comfortable. While his emphasis in the interview tended toward physical challenges and the importance of boredom, the gist applies here, too. To grow and change, to reach our limits and push beyond them, we need new, difficult experiences. We need a challenge. We need to step outside our comfort zone, because chances are, we are capable of more than we initially imagine.

You don't want to go too far outside your comfort zone, however. Too far, and you're overwhelmed. The balance is in the middle: on the edge of what you know, where you're uncomfortable. That's where you learn best and learn most. That edge is the balance between skill and challenge, boredom and frustration, familiar and foreign, known and unknown.

The psychologist Vygotsky called this edge "the zone of proximal development." Another psychologist, Mihalyi Csikszenmihalyi, called the associated mental/emotional state flow. But whatever you call it, that line is the line to walk.

Independence and exploration down under

When I was in Sydney, I explored the university, the city, and some of the beaches and hills beyond.

I've already mentioned the Learning in Outdoor Education class, which included hiking excursions to the Royal National Park and the Blue Mountains. The hiking trips weren't intimidating to me, being a student-athlete at the time and used to physical challenges, but they certainly were for some students. Luckily, that class also included a presentation, which our instructor used as another opportunity to get the students to do an activity that might push them out of their comfort zone,, and thus, learn something. I was a little nervous, sure (I hadn't given that many presentations at that point), and that made it worthwhile.

During spring break (the last week of September), I went on a two-day excursion with the Unimates. Forty-something of us took a bus out to Port Stephens. We went on a whale-watching boat cruise, during which we saw no whales but plenty of blue water, sun, and rocky landscapes. We stayed in a cabin house with bunkbeds and a big common room. Most people went to sleep; a few of us stayed up late talking and singing along to songs one guy picked out on his guitar. I usually prioritize sleep over all else; socializing until the wee hours of the morning wasn't usually my thing. But new experiences! That's what being abroad was all about.

I spent the rest of my spring break by myself up the coast in the Whitsundays, in the little town of Townsville, where I lounged on a less crowded beach and read books. I hadn't vacationed by myself before that. I took a day trip on the water for an intro to scuba lesson on the edges of the great barrier reef—and even saw a shark! I wandered through some Australian rainforest looking for koalas (but saw none, alas).

In the first week, as part of the international student orientation events, I even participated in a party game of true/false trivia contest at the campus bar, which I accidentally won—because I happened to know that platypuses are poisonous (the males produce venom and deliver it via spurs on their hind leg).

When I was back at Vassar later, a friend relayed a conversation she'd had with one of our favorite professors. He'd commented on how I seemed happier, more outgoing, more confident on my return, more comfortable with myself.

Independence and autonomy—the freedom to explore, confront the unknown, and approach the learning edge—are how we learn and grow. Novel experiences prompt growth.

I did change. Being on my own, responsible for my own life and wellbeing, exploring; reflection, the time between bursts of activity that is necessary for the consolidation of learning; meeting new people constantly that supplies practice interacting. Being in Australia did exactly what I'd hoped it would: it gave me an opportunity to grow.

Being out of my comfort zone, in the zone of proximal development, moved me forward. I came back with an improved appreciation for and ability to exist in solitude. I had new academic knowledge and improved social skills. I came back with a better understanding of myself. 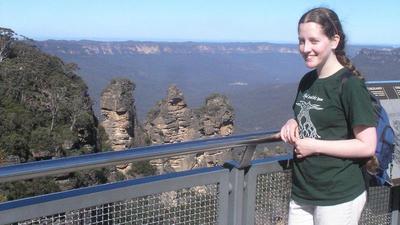 How My Phoneless Semester Reminded Me To Stay Present: Life Isn't All Digital (Study Abroad #4)

Phones connect us to the not-present. But the present is where we are. Here's why, and how, a semester without a phone showed me the best of putting my phone away to attend to what's in front of me.
August 24, 2021 by Jacqueline
tags: college reflection travel living well technology 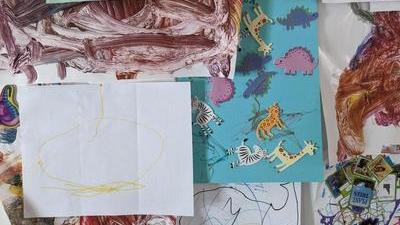 Our kids are young still, but pretty much all of daily life counts as homeschooling. Here's what we have planned this year: books, music, crafts, math, and more!
September 7, 2021 by Jacqueline
tags: education parenting children
Tweet!