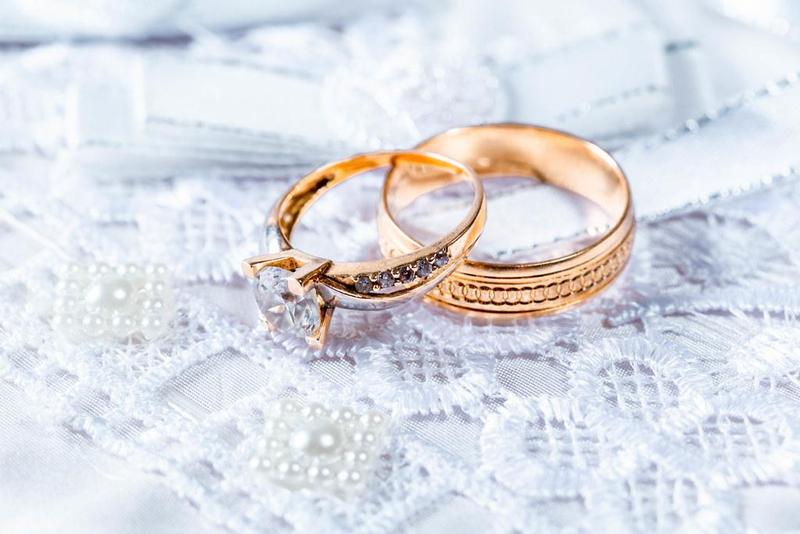 The Tragedy of Marital Strife: Why Marriages Fall Apart (And How To Stay Together)

The more marriages I see fail, the more thought I put into how to keep mine together.
January 11, 2022 by Randy

At 32, I'm past the stage in life where all my friends are getting married. Yet there seems to be a new stage: one where many of these marriages fall apart.

It's not easy to watch friends struggle in their marriages and domestic lives. Especially when you can see that they are both knuckleheads and the whole situation could have been avoided if they just spent more time in serious conversation.

The first time I saw it happen it was a shock. Everything seemed normal and perfectly fine from the outside: an ideal couple with a beautiful family, well respected by the community. The husband was a successful entrepreneur and by all accounts a great guy. And then one day, totally out of the blue, I heard the news that he was arrested. It turned out he had a secret addiction which finally came to light and totally destroyed his life. If he had only shared his struggles with his wife and tried to get help, I'm sure things could have turned out very differently. There are so many "what ifs". And yet none of that matters now, because nothing can be done about it.

The second time was equally shocking. Friends who, from all outside appearances, seemed to be doing very well. It turns out they had been having increasingly severe verbal fights. One incident went a little too far and what could have been forgivable instead became a domestic violence charge and a rapid divorce, leaving a child to be raised without a father. The wake-up call came too late. What if they had been able to talk through their differences? What if they had gone to someone else for help? Could they have kept their family together?

Not talking gets you in trouble

Part of what makes this painful is how sudden it all seems. Many people won't talk about their problems until it's too late. Other times, you can see the signs of marital stress on your friends, like a train wreck approaching in slow motion. Maybe you have advice for them, but would your friend even listen? Has he considered what might happen, or does he think divorce is something that only happens to other people?

Watching the destruction of your friends is painful. It has left me wondering whether we're going to have any married friends when we are old, or whether all of them will have fallen apart. I feel like a soldier charging into battle, watching his friends to the left and right suddenly die in gruesome ways, wondering how many of us can make it to the finish line.

It also has me reflecting on causes. Why does this keep happening? The most common pattern I see is one where men make serious mistakes (sometimes understandable) and where women refuse to forgive (sometimes justly). Obviously both spouses contribute to the deterioration of the relationship that leads up to these events, but I tend to place more of the blame on the man for that because it's his role to lead. Women initiate the vast majority of divorces, so there's plenty of blame for them, too.

Why are men so bad at leading families? And why are women so unwilling to forgive?

As for the first question, I've concluded that it is primarily a lack of good male role models. Speaking as a man today, it's a real struggle to figure out how to keep a family together, and you're expected to just know how to do it. I'm blessed to have parents that are still married, but there's plenty of brokenness in my family tree. Some of my friends came from broken and abusive families; what hope is there for them to break the cycle? Men treat people the same way their fathers treated people; to do differently is a monumental task. Who can these men look to as exemplars? What support do they get from society? Who can show them how to be a good father? Why does society feel so keenly the need to disparage the accomplishments of men, and parody them as buffoons in all forms of media?

As for the second question, I believe women are unwilling to forgive because society tells them not to. It's been a long time since forgiveness has been valued in mainstream culture. The messaging is all outrage. You don't need him! You deserve better! Society promises women that independence is more important than family. Many of them follow that unfortunate advice until it's too late. You have women in their 30s who decide it's better to be a single mother than to reconcile with a flawed husband. They don't realize their options at that point are other primarily flawed and broken men whom other women have discarded.

Everyone goes through marital struggles. Here are some strategies that Jacqueline and I use to maintain a good relationship.

First and most importantly, we spend a lot of time talking to each other. A fair portion of that time is good, deep conversation. We talk about how we are doing, what we are each struggling with, what our goals are for the future, how we're going to meet those goals, etc. We have to make sure that we're part of the same unit, working toward the same goals. We spend at least a couple hours a week in serious conversation like this.

How do we make that time with three small kids? It's not easy! It usually means taking the whole family outside to play in the woods, or maybe staying up late after the kids have gone to sleep on nights when we're not too exhausted. If we feel out of sync with tensions and frustration rising, then it's our indication that we haven't spent enough time talking.

Second, we try to be conscious about expressing our mutual affection in each other's love languages.

Third, we never yell or raise our voice at each other, and are always respectful in our speech. Part of this is temperament; we are both more inclined to seek solitude than to yell. But maintaining verbal respect is vital, especially in front of the kids.

Finally, we don't let problems fester. Whenever an issue comes up, we make it a high priority to talk about it, and to continue talking until we've reached some important conclusion. Oftentimes we have to iterate and try new things. New ways to structure our day or new ways to divide labor. If we try it and it doesn't work, then we'll switch and try something else until we find something that works. Iterating is one key to happy families.

These strategies have kept us on the right track for the past 7 and 1/2 years of marriage. If you are in a difficult marital situation, hopefully you can succeed at breaking the generational curse, loving your spouse well, and giving your kids better role models than you had! 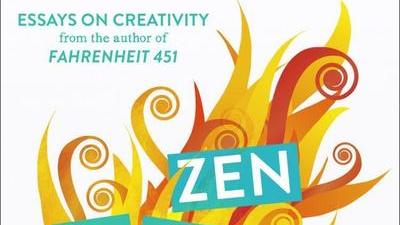 Book review: Zen in the Art of Writing: Essays on Creativity by Ray Bradbury

This essay collection includes tips on generating ideas, composing stories, the nature of writing work, and the importance of practice. Do you know how many words a day Bradbury wrote?
January 4, 2022 by Jacqueline
tags: writing work books play habits 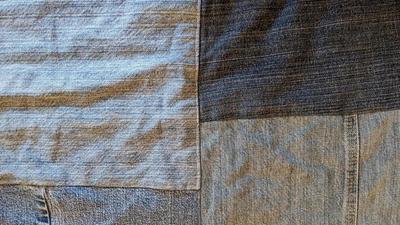 5 Things I've Made From Old Blue Jeans (Reuse and Upcycle!)

I love finding new uses for old clothes. What could I make with old jeans? Take a look at these five useful ways of using old blue jean fabric, from picnic blankets to children's satchels!
January 18, 2022 by Jacqueline
tags: projects clothes
Tweet!