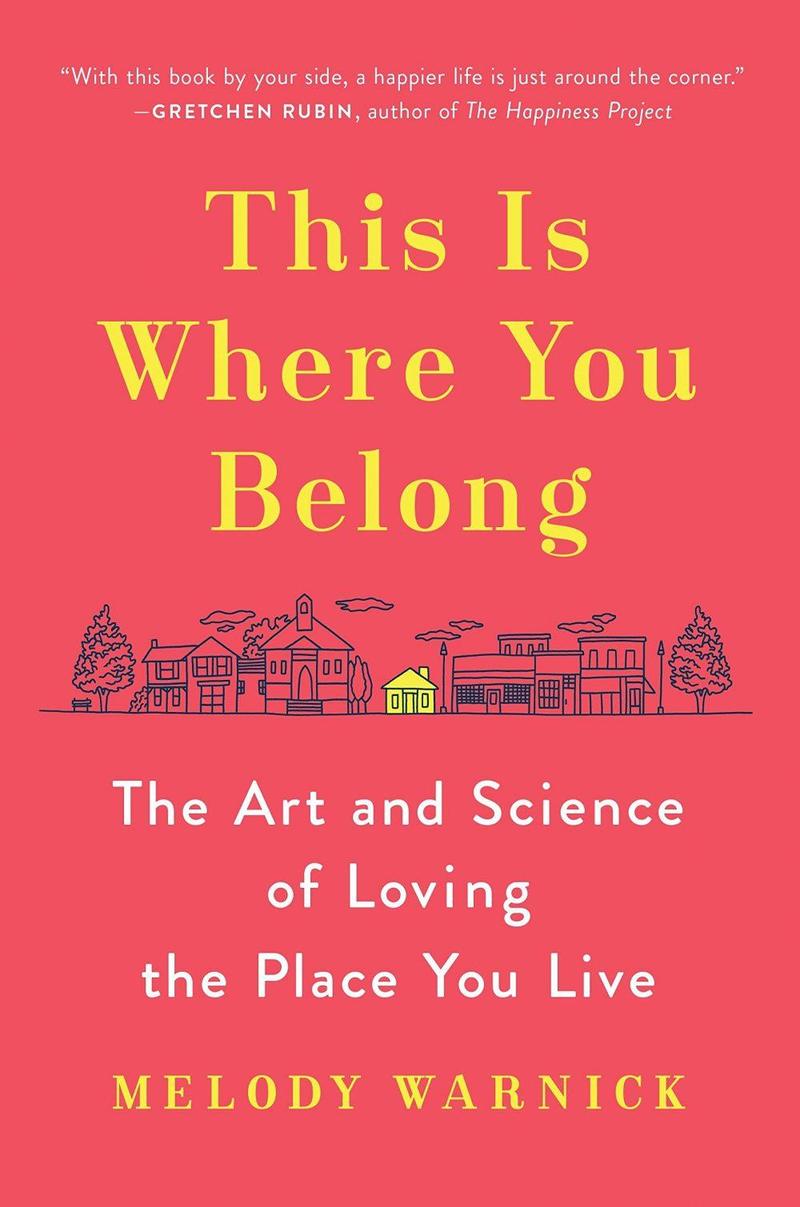 Book Review: This Is Where You Belong: The Art and Science of Loving the Place You Live by Melody Warnick

If you want to love your town, act like someone who loves your town.
May 24, 2022 by Jacqueline

"The average American can expect to move 11.7 times before he or she dies."

Does that seem like a lot of moves? How many times have you moved? I moved three times before college (two I can't remember); I lugged my suitcases to nine different rooms during college (dorms on campus and summer internships); and I made four more moves after that—for a total of 15.

Moving is a major industry.

"To get a sense of the scale of it, imagine every single resident of the 25 largest cities in the country—New York, Los Angeles, Chicago, Houston, and so on—boxing up the bed linens and pulling up stakes."

And that's every year.

Why do you move?

Why did you move? Did you, like Melody Warnick, author of This Is Where You Belong: The Art and Science of Loving the Place You Live (Penguin Books, 2017), believe that moving could fix everything? She writes:

"I believed so thoroughly in the healing power of geography—what a friend called "the geographic cure"—that I didn't bother to make plans for how these changes would occur."

The geographic cure is the sense that if you move again, you can start over. Be the new you. Start all those habits you meant to start—like exercising, or eating organic food, or whatever else you keep telling yourself that you would do if only you lived in the perfect place. It's an extension of a broader throwaway culture—it's not perfect, so discard it and begin again, whether we're talking people or places or things.

But there is no perfect place. So how do you love where you are? That's what This is Where You Belong is all about. This book is Warnick's story of how she tried to increase her sense of place attachment after move #6. She writes,

"If you want to love your town, I decided, you should act like someone who loves your town."

I first heard about this book from the Strong Towns podcast. When one of the women in my book club began talking about how she was looking at houses in distant states because the housing market here was too expensive, and she was worried about the local ecosystem and future droughts, and what if somewhere else was better … I remembered Warnick's book and suggested we read it for our next book club.

Ever since I read and reviewed Chuck Marohn's book Strong Towns, Randy and I have talked a lot about urban planning, local development, the local plan for growth, and the decline in beauty in architecture. I hoped this book might provide some fodder for our discussions. I suspected that many of the actions people can take to build stronger towns will simultaneously foster place attachment.

Warnick's suggestions all revolve around one thing: do more stuff in your place, such as walking more, buying locally, exploring the local outdoors, volunteering, attending arts events. Have experiences that create memories in your place. The emotions you feel will be linked to where you are, and that is the core of place attachment.

Some of these ideas felt familiar to me. Living in a walkable neighborhood, for instance, makes people happier; long commutes make people miserable. When I lived in Memphis for a semester, I usually drove 4 miles to the research lab where I worked. But one day, I had a flat tire. And I thought—I could walk today instead. So I did. The view I got of those roads was so different and personal compared to driving. One thing I loved about Boston was how much walking we did in daily life. Warnick suggests discovering where you can walk to within a mile radius of your house, and doing walking tours of unfamiliar parts of your town.

Warnick talks about family, neighbors, and who you know in your town. Many people don't know their neighbors. We sent Christmas cards to many of ours the year we moved in; we wave at some on our walks around the neighborhood; one elderly lady down the street gave homemade scarves to our kids. But we still don't know many. And I think this relates to walkability, too.

Most people are not connected to their neighbors because they are connected to other people who they have to drive to go see. So they have less social energy left for the people physically nearby. Randy, for instance, has close friends from his church, but none of them are within walking distance. We see friends at the park, but we are all distributed; we meet in specific locations at specific times, and don't have informal interactions outside that.

When Warnick discussed buying local, I remembered the produce store we used to shop at in Boston. It was locally owned; the women who manned the register knew us; we loved it. What stores were like this here in Idaho? We've begun being more intentional about where we shop and who we support.

"Practicing neighborly economics means you don't go for what's cheapest and easiest. You think about which relationships and stores you want to preserve in your town, and you shop there."

What would you show off to visitors?

Imagine how a visitor to your town would see it. What would you show off? What are the highlights and strong points? For instance, here, I would take people to see the lakes, the nature parks, and the country roads that wind through the hills past beautiful farmhouses; I would take them downtown in the summer when there's local music at the park and art festivals on the green.

Warnick discusses the impact of the outdoors on our feelings about where we live. Everyone is happier and healthier in lush green outdoor spaces and views of water make people feel calmer, though people vary in whether they love beaches, mountains, or rocky vistas—apparently, this preference is strongly related to where people grew up. Visiting your town's outdoor spaces, even something as simple as starting a garden in your own yard, can increase your feelings of attachment.

(Read my review of Forest Therapy by Sarah Ivans.)

There are several chapters about ways you can engage in and help your local community. Some steps you take can be small, like following your mayor and city councilors on social media, voting in local elections, and generally reading local news sources to keep up to date on what's happening in your local area. Warnick's other suggestions include a random act of kindness day, volunteering for the city or for local organizations, attending city hall meetings, touring the public art, or hosting an arts-related event. If you're not sure where to look to help, Warnick says, "consider the things about your area that break your heart."

Another way to improve your town: Try some tactical urbanism or the Strong Towns approach of making small bets to improve your town: temporarily widening sidewalks, cleaning up trash, planting flowers. These little actions can improve life and also show you're invested in the place. Then, other people feel invited to invest, too.

When reading about volunteering, I wondered whether in all these cities, instead of creating a culture of service, or harnessing the power of the civically minded, perhaps the cities ought to learn how to better manage their expenses and growth. Warnick gave examples of volunteer forces that staffed city hall and wrote parking tickets—jobs that should be paid work by the city. And while the takeaway of the chapter was supposed to be that volunteering gets you engaged and increases attachment, what I noticed most was how many examples featured cities that didn't manage their finances well.

Takeaways: You have power where you live

Overall, This Is Where You Belong speaks to a wide range of people, especially those who have felt uprooted, who are looking for roots, who want to be part of the group of stayers rather than the group of movers. The practical suggestions for increasing place attachment combined with the stories that illustrate the power and importance of the actions you take in your place make for a incredibly worthwhile read.

One of the key takeaways is that you can create the city you want to live in. If there's something in some other place that you think your place should have, instead of moving, put some effort in first. Sometimes, all it takes is a chat with your neighbors, or an email to the right person at City Hall. Warnick, for instance, shared how she liked this splash pad at a park in some previous city she had lived in. But her new city did not have any parks with splash pads. So she sent a note to City Hall, and they connected her with Parks and Rec, and she is now making a splash pad happen.

"The real change was the people felt empowered to make where they lived better without waiting for a forward-thinking mayor or a well-endowed foundation to do it for them."

In the very last chapter, Warnick tells us how she looked up all the placemakers and other people she had interviewed or researched while writing her book. And to a fault, nearly all of them had moved. I found this so, so depressing. Even the people who had invented amazing, in-depth ways of connecting with neighbors and building community had moved. Somehow, even they were disillusioned by the idea of staying local, of committing to a place. Something is still missing.

I think what's missing is generational thinking. So many people are thinking only of themselves—what about your children? And their children? If you move, what are you doing to their roots? Where's the long-term planning—planting trees that will shade and feed your progeny, building a strong town that will support them? It can be tough to put down roots when so many of the people around you are chasing the greener grass. But I think that makes it even more important.

(Read The Farmer's Lament, a poem related to this topic.)

My book club enjoyed this book. Our conclusion: Nowhere is perfect; try to make yourself happy where you are! The book prompted deep conversation about what makes a place feel like home, how we could make ourselves feel more at home here, what we like, and what's missing. For instance, one woman in my book club said she missed the diversity of the city she used to live in compared to here, especially the Native American presence, and their influence on the architecture and layout of the city.

We talked about putting down roots, and how moving affects our children. One mom in my book club said she attended seven different schools as a kid, and by high school, she was so tired of always being the new kid. Warnick, when describing the move that prompted this book, mentioned that her daughters were in kindergarten and elementary school. I wonder how moving affects children—do their parents consider the impact on children's sense of stability, place, community, and continuity? 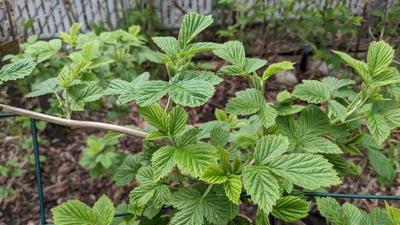 Each year I try to level up a few gardening skills—and this year we have to landscape along a new front fence and incorporate the chickens into our routine!
May 17, 2022 by Jacqueline
tags: homesteading garden life projects food home improvement 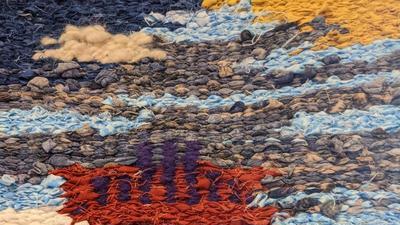 How To Consciously Be a Role Model in Creativity, Curiosity, and Crafting for Children

I want my children to be creative and curious, to do projects and work with their hands. How do I deliberately and consciously inspire and encourage them? Here are some ways.
May 31, 2022 by Jacqueline
tags: children life parenting learning creativity values
Tweet!