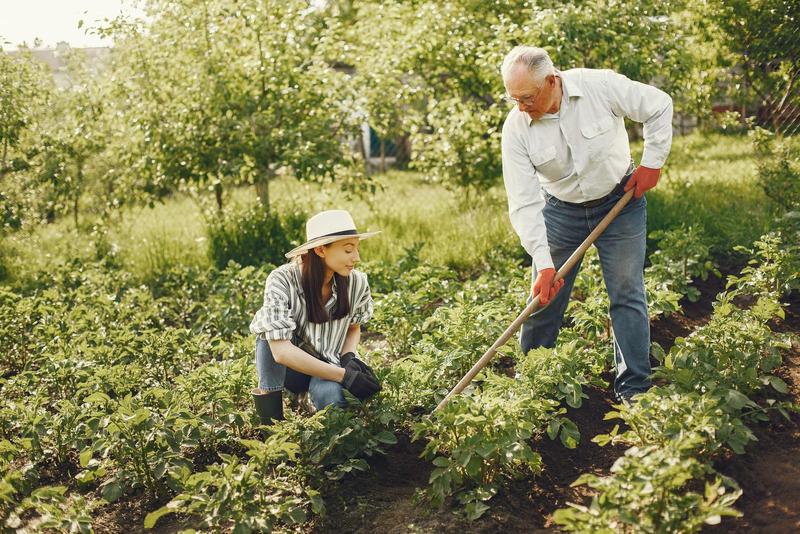 Localism is a philosophy of life that prioritizes the local above the distant; the small above the large; the organic above the centrally planned. It recognizes that local communities are more fundamental than states or nations. Localism insists that local communities be stable, sustainable, and relatively self-sufficient. Everything from production and consumption to policy and governance should be done at the local level as much as possible. It is the opposite of globalism.

Here are seven key ways localism benefits our communities and supports our principles.

Consider a large multinational corporation like Walmart, or even one with a franchise model, like McDonalds. It may employ locals, but the business is always beholden to corporate policy, which may be objectionable to the local community. For example:

In addition, most profits from these corporate businesses leave the community, benefiting only foreign investors and far-off managers in high-rise corner offices. As Melody Warnick reported in her book This Is Where You Belong, only 14% of revenue at big box stores returns to the local economy. It’s akin to an old-school mining operation, extracting value from the land for the robber barons and shipping it off. Sure, the locals may work in the mine, but what’s left of the town once the empty mine shuts down?

In contrast, the ideal business is one owned and operated by locals. It hires and serves locals. It buys supplies locally. This keeps both decision-making authority and profits within the community.

Why does this matter? First, the community will have more influence over a local business, since the owner is a local himself. There won’t be cultural friction from locally-irrelevant or undesirable corporate policies.

Second, the profits earned by successful local business owners are typically reinvested in the community. It’s not just that they will buy things from local stores—it’s that successful business owners also fund churches, schools, hospitals, and the arts. This community infrastructure benefits everyone through culture-building. Foreign investors will not build it for you.

Small, local businesses can't exist in a community unsupported. As an individual, your most important contribution to the local economy is buying local. Buy meat from a local farmer or butcher. Buy vegetables at the farmer's market. Buy in person whenever you can avoid Amazon. Eat at small restaurants where the owner is in the back room running the kitchen.

When you need goods that are not made locally, try to find options made in Idaho, or at least made in America. Think carefully about where your money goes when you spend it. What causes are you (perhaps inadvertently) supporting? Who benefits from the profits?

Buying local can be more expensive. But remember that your children are growing up here. They will inherit the community you build—or fail to build. You may have to choose between cheap Chinese products or forging a strong community for your children.

(Read: How We Are Intentionally Building Strong Community Ties)

Localism applies to your household just as it applies to your county. You should not only consume things at home but also produce them—it’s the productive households that contribute the most to their communities.

Maintaining a productive household makes you less reliant on multinational corporations, more resilient in times of crisis, and better able to contribute to your community. It pushes back against the atomization of society, brings neighbors together, and imparts a work ethic in your children, who should be involved in household production.

This means reviving the domestic crafts like gardening, sewing, quilting, cooking, canning, and keeping chickens. Constructive hobbies are best; scale back Netflix and video games and learn woodworking, blacksmithing, candlemaking, baking, or whatever interests you. Teach the next generation what you learn. Make extra and trade with your neighbors.

Being one of the things you literally can’t live without, food is perhaps the most important community need. The COVID lockdowns gave us all a taste of what happens when global production and shipping are interrupted. Just a few days without shipments and grocery stores were out of toilet paper, canned food, water, meat, and much more. Do you remember the videos of people in grocery stores fighting over the last few items on a shelf? A strong community can’t be reliant on importing food and basic necessities in order to survive.

Your community should grow enough food to feed itself. This doesn’t mean that we should limit ourselves to only what grows locally—certainly we can still export our excess and import goods that don’t grow well here. It does mean, however, that if we were somehow cut off from the rest of the country and the trucks stopped coming, we could grow enough to survive.

Most communities probably don't produce enough yet. But we can work towards that goal by supporting local farmers, in addition to boosting domestic production and bringing back victory gardens.

For instance, Community Supported Agriculture (CSA) arrangements are an excellent way to support local farmers. You pay an annual fee to buy a share of a farm’s food. Depending on the year, you might get a little or a lot for what you paid. This supports farmers because it spreads out the risk of a bad crop and farmers get some cash up-front so they can afford to run the farm. These are typically small family-run operations which grow higher-quality food than the typical industrial agriculture produce you get at a grocery store.

Policy decisions and laws should be made at the smallest level that makes sense. For example, there’s no need to have a federal department of education when individual states can manage it just fine on their own. Similarly, there’s no need to have statewide land use restrictions when counties and cities can determine that for themselves. This principle is called subsidiarity, or federalism.

There are several reasons for keeping decisions as local as possible:

Housing and land use policy should be determined by the local community—not outside groups. We should shy away from central planning without a clear reason for doing so.

Many existing zoning regulations prohibit or frustrate the localism described here. Did you know the following examples are commonly made illegal by zoning?

Many regulations are well-intended attempts to prevent big developers from playing SimCity in our neighborhoods, but the laws should be more carefully written with localism in mind to make sure they don’t ban things that are organically driven and actually good for the people who live here.

Infrastructure should be built on an as-needed basis, allowing things to grow and change organically. I remember seeing a wonderful small-scale example of this on a college campus: there was one spot where everyone took a shortcut through the grass instead of going the long way on the sidewalk. This shortcut became a dirt path. The college could have reseeded the grass and put a bench or railing there to force people to use the walkway as intended—but they didn’t. Instead, they poured concrete over the dirt path and made it a real sidewalk. It wasn’t perfectly square anymore, but it was organic and suited the local community.

A strong community also requires a deeply-ingrained sense of identity. Who are we and what makes us different from other people? What does it mean to be a resident of Kootenai County? A resident of Coeur d’Alene? These questions are not easy to answer, which means that our local sense of identity is weak.

Other cities have done a much better job of forging a common identity. For instance, New York City has traditionally done very well in this regard; each borough has a distinct character. Someone from Queens is culturally different from someone from Brooklyn or The Bronx. We all have a sense of what it means to be a New Yorker, and that identity holds their communities together.

So how do we build up our sense of identity? Here are a few ideas:

With so much recent immigration to North Idaho from places like Washington and California, we need to put extra effort into building and reinforcing our sense of identity—or we risk losing it entirely.

(Read: Book Review: This Is Where You Belong by Melody Warnick)

Implement Localism in Your Daily Life

Living these principles on a daily basis is straightforward and remarkably wholesome. Unplug from national and global politics; pay attention, instead, to what's happening locally in your town. Use your energy in the here and now instead of gorging on news that you can't influence (outside of election days). Ignore the far-away and focus on where you live and who lives alongside you. What can you do to build up your own community?

How I Made A Linen Wrap Skirt With Rainbow Embroidered Flowers

Women's clothing is so often function or pretty—but rarely both. This project was my attempt to bridge that gap by making my own wrap skirt and learning embroidery to decorate it!
September 20, 2022 by Jacqueline
tags: projects clothes art beauty 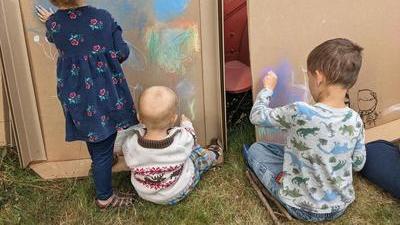 We're attending a new homeschool co-op on a local farm. It follows an interest-led learning or self-directed education philosophy. So what does that mean? And how does it play out in practice?
October 4, 2022 by Jacqueline
tags: education learning motivation children exploration play community
Tweet!